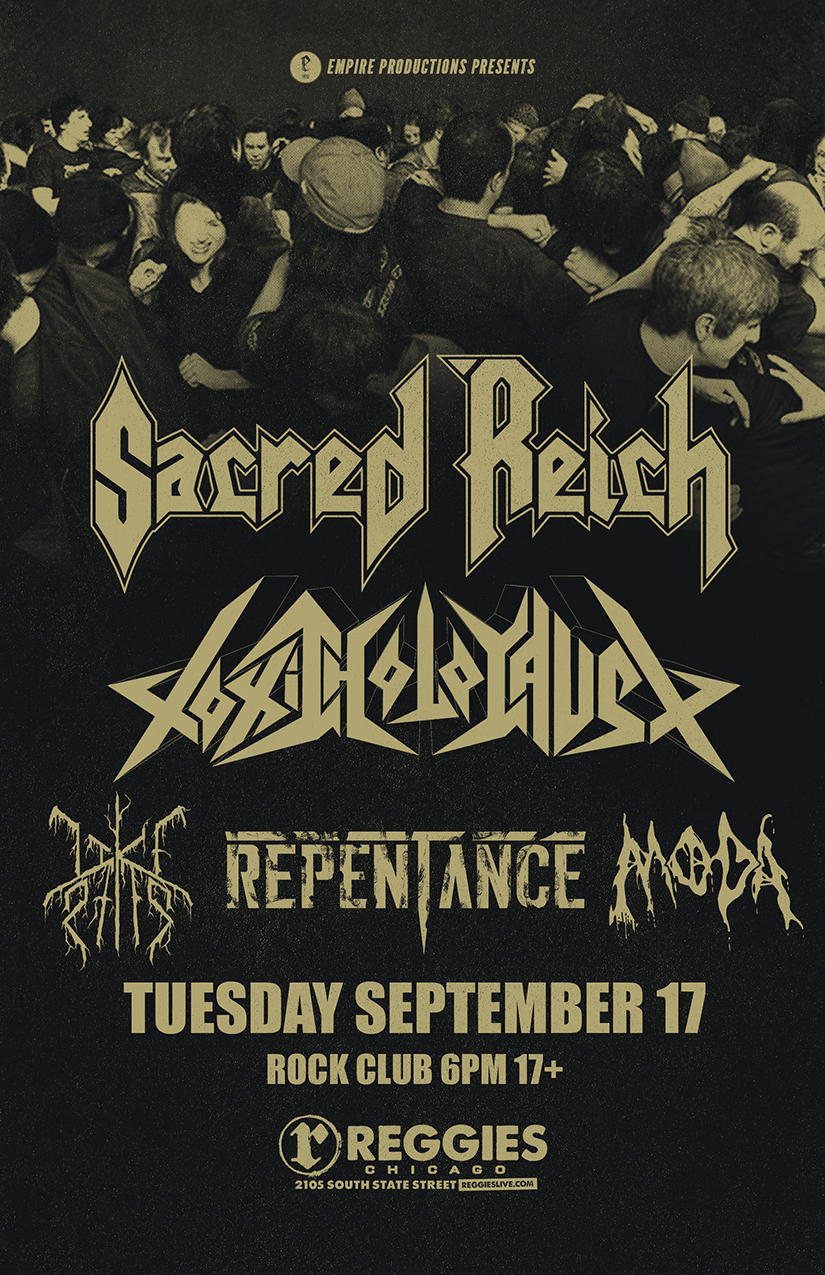 Sacred Reich is a Phoenix, Arizona based thrash metal band that formed in 1985. Part of the second wave of thrash along with Testament, Death Angel, Destruction and Dark Angel, Sacred Reich has produced a catalog of politically charged aggressive music that has stood the test of time. The band plays a limited amount of shows each year and can be seen performing at several European festivals each summer.

TOXIC HOLOCAUST mutated into existence in 1999, when Joel Grind merged his love for classic punk and metal into his ideal band. Like his influences – Bathory, Venom, English Dogs, Possessed, Broken Bones – TOXIC HOLOCAUST featured blazing riffs, gravel-throated vocals, and a deadly fixation on the evil in man and a post-apocalyptic world. Grind wrapped all of these elements up with a DIY attitude.

Like Rats is a death metal band from Chicago.

(Chicago, IL) Earlier this year, REPENTANCE hit the scene with a pair of back-to-back demos, released exclusively on YouTube ahead of their live debut with Trivium. Now, the band enters fall with the release of “Enter the Gallows,” an epic display of new American metal and their first “official” single, available now on Spotify, iTunes, Apple Music, Amazon, YouTube and more.

“Since the release of ‘Collide’ and ‘Born to Choose’ this past spring, we have spent much of the year writing mode. We recently jumped into the studio and finished recording some of the new material, emerging excited and proud of the growth in our sound. We’re happy to share some fresh new metal for all to hear what we’ve been working on! Enjoy ENTER THE GALLOWS!”
— Repentance 2018

“Enter the Gallows” was recorded at Electrowerks Recording with Chuck Macack (Born of Osiris, Oceano) engineering. The track was mixed and mastered by Chris Collier (Prong, KXM) of CMC21 Productions.