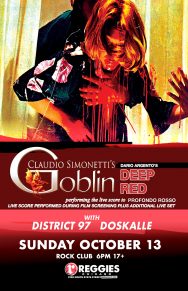 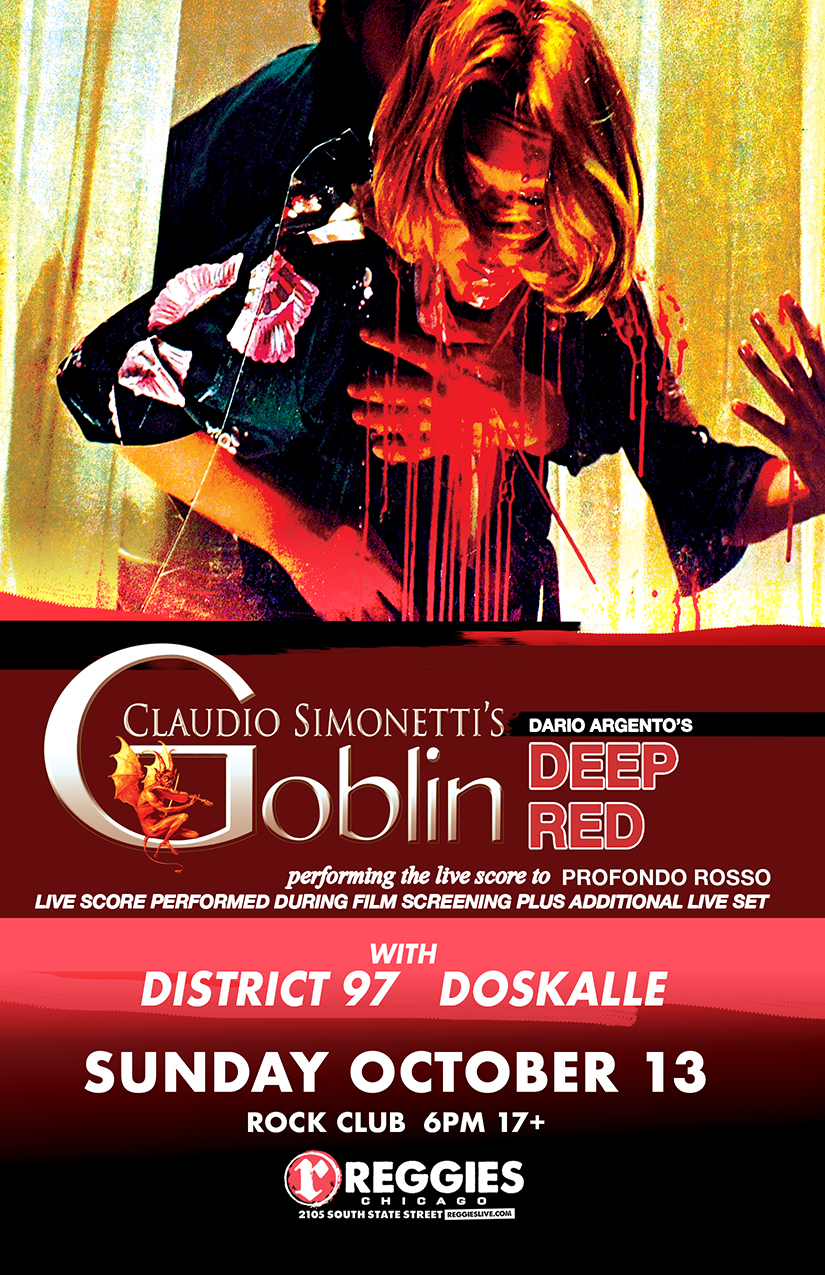 Goblin’s life has been full of separations, reunions and various line- ups that have characterized the tortuous history of this group over the past almost 40 years.

The band was originally formed by myself and Massimo Morante, born from the ashes of Cherry Five (Oliver), thanks to my father Enrico who brought us to the Cinevox Record label in 1974.

From the first historical line-up of Claudio Simonetti: keyboards, Walter Martino: drums, Fabio Pigntelli: bass and Massimo Morante: guitar, that composed the soundtrack of Profondo Rosso/Deep Red, there have been several changes within the band. Starting with the replacement of Walter Martino with Agostino Marangolo on drums, which lasted until 1978, the date of final separation of the “first Goblin republic”, and the participation of keyboardist Maurizio Guarini on the album Roller in 1976.

After the separation in 1978, the band continued to exist with another line-up, led by Fabio Pignatelli, and that’s why we used three names (Simonetti-… [read more]

District 97 is undoubtedly the most musically adventurous rock band in the world to feature an American Idol Top 10 Female Finalist. The release of 2012’s critically-acclaimed Trouble With Machines ushered in an exciting era for the Chicago-based Progressive Rock band; In 2013, the band toured both Europe and the US with legendary bassist and vocalist John Wetton (King Crimson/UK/Asia), which was documented on 2014’s live release, One More Red Night: Live in Chicago. 2013 also saw the band nominated for a Breakthrough Artist Award by Prog Magazine. Rather than rest on their laurels, District 97 took to the studio in 2014 to record the new material they’d been honing at home and on the road. The resulting album, In Vaults (due in June 2015), continues and accelerates the upward trajectory of great songwriting and incredible musicianship that’s been evident since the band’s 2010 debut, Hybrid Child. One listen perfectly illustrates why John Wetton says, “I’ve said it before, and I… [read more]